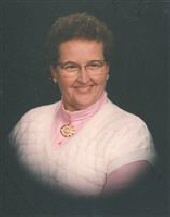 Charlotte Keast, 78 died on Monday, April 4, 2016, in Spencer Iowa.  The family will receive friends and relatives on Sunday from 2 – 4 PM at Boman Funeral Home (www.bomanfh.com).  The funeral service will be on Monday, April 11 at 1 PM at St. Pauls Lutheran Church in Webster City.

Charlotte was born on May 1, 1937, in Webster City to Herman and Nellie (Vulgamott) Schwandt. Charlotte attended the Webster City schools graduating in 1955.  She married Robert L. Keast on February 14, 1958, in Woolstock, Iowa.  The couple was the proud parents of two daughters Connie and Carol.  They made their home on her parent’s farm near Woolstock.  After her husband passed away in 1961, she moved to Webster City.


She worked at Morton Frozen Foods, Shady Oaks Motel and at the Hamilton County Public Hospital where she was a cook for 27 years.  After her daughter Carol died of cancer in 1991 she raised her grandson Scott Norem.

She was a member of the Women’s Bowling Association and was an avid bowler for many years.  Charlotte was also a member of St. Paul’s Lutheran Church in Webster City.  Charlotte enjoyed riding her motorcycle, loved to go fishing, and to bake and then share her goodies with everyone.  Charlotte cherished spending time with family and friends and her two grandchildren.   She was known to many children as Grandma because her daughter Connie did home daycare for many years, and to Charlotte they were all treated as her own grandchildren, and to this day some still call her grandma.

She was preceded in death by: her parents, husband Robert; daughter Carol; and brothers Dick Schwandt, and David Schwandt.
To send flowers to the family in memory of Charlotte L Keast, please visit our flower store.