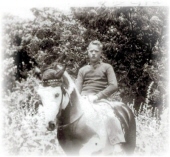 Funeral services will be 11AM on Friday, November 30, at First Baptist Church, Forest City, Ia. with Pastors Doug Snyder and Eric Weaver officiating.  Burial will take place at First Baptist Cemetery.   Visitation with the family will be Thursday evening from 5-7 PM, November 29, at the church.  Boman Funeral Home, Webster City, IA is in charge of arrangements. Bomanfh.com
Pete was born October 6, 1931, at the farm home of his parents, Albert and Leonore (Gettis) Boman in Mount Valley Township, Winnebago County.  His sister, Vinita, was born five years later.  Pete attended Forest City Schools, graduating with the class of 1950.

On March 20, 1951, Pete entered the United States Navy, serving in the Philippines, Guam and Kwajalein as part of the Seabees, a construction battalion until discharge in March 7, 1955. with a rank of SW-2.  Pete returned to his parents’ home that fall to farm with his father while also working as a butcher at Jacob E Decker and Sons Packing Plant.  After the plant closed, and the business sold to Armour and Company, he worked in the processing plant, later known as Con-Agra, retiring in 1994.  After retiring, Pete was hired by Arlyn Rauk and Mark Egesdal to help with planting and harvesting for many years.

Pete's father farmed with horses until Pete's return from the Navy and at his urging bought a tractor.  But the love of horses never left either father or son.  Pete was given his first pony at age 4.  Often times he was found napping on the pony's back as it was tied in the barn.  Field work was done with teams of Belgian or Percheron horses which were raised on the farm. Leisure time was enjoyed by riding Keno, Pete's Moroccan stud-horse.

On June 3, 1961, Pete married Elizabeth Fredrickson at First Baptist Church.  They lived a few months at the Clear Lake cottage owned by her parents, before moving to their first home in Mason City, where they lived for 11 years.  Desiring to have their children raised on the farm, they moved to an acreage northeast of Forest City, residing there for 35 years. In December, 2007, the couple moved to a new home right beside the house where he was born.  Pete taught his children, Tom, Theodore and Nancy so much about life on the farm and lived before them a testimony of faith in a God they could trust.  Pete accepted Christ as Savior at a young age and was baptized by immersion when a young person on an Easter Sunday morning.  He became a member of First Baptist Church serving several years ago on the Board of Trustees.  Over the years he became increasingly thankful and grateful for the way the Lord blessed his life. He loved his family of 10 grandchildren and two great grandchildren and enjoyed being with them as often as possible.

To send flowers to the family in memory of Arlyn Peter (Pete) Boman, please visit our flower store.