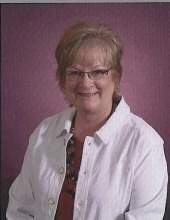 Barbara Carol Stearns, 71, of Webster City, IA, passed away on Thursday, May 20, 2021 at Paula Baber Hospice House in Fort Dodge. Memorial Service will be Wednesday May 26 at 11 AM at the United Congregational Church of Christ in Webster City, with visitation Tuesday from 5 – 7 PM at the church. Boman Funeral Home of Webster City is in charge of arrangements www.bomanfh.com

Barbara was born July 2, 1949 in Minneapolis, MN to parents Bertil & Phylis (Johnson) Anderson. She graduated from Robindale High in 1967.

She was united in marriage to Mike Larson in 1969. From this union three children were born. The couple later moved to Webster City. After they divorced, Barb spent many years as the office manager for KQWC.

She married Howard Stearns in 1993. The couple spent much of their time watching the kids and grandkids grow. The loved spending time with the family at Balsum Lake, WI and then Clear Lake, IA.

Her family includes: husband (Howard) of 28 years; children Eric Larson, Jessie (Scott) Bailey, and Ben Larson; stepchildren Marcy (Wade) Nelson & Travis (Tresa) Stearns; she was proud to have nine granddaughters and one grandson; brother Brad (Sue) Anderson; and several nephews and nieces. She was preceded in death by her parents and two brothers (Brian & Bruce). Memorials will be given to the United Congregational Church of Christ and Willson Brewer Park Foundation.
To send flowers to the family in memory of Barbara Carol Stearns, please visit our flower store.