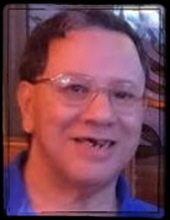 Benjamin William Payne 63, of Webster City, died on Monday November 6, 2017 at the Southfield Wellness Community in Webster City. The family will be having a memorial service at a later date.

Benjamin was born on October 28, 1954 to Louis Cedeno and Cora Enriquez and later adopted by Fitch and Terry Payne. He entered the Navy in August of 1973, and served as a cook until April of 1977.

Benjamin worked as a laborer and a baker, He loved to be in the kitchen. He enjoyed cooking, baking, watching Jeopardy, and his family, especially his grandson James.