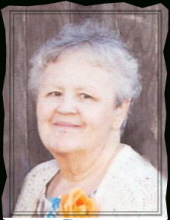 Bonnie Jolene Woodward, 69, died on Monday, November 14, 2016, at the Van Diest Medical Center in Webster City, Iowa. The family has chosen Boman Funeral Home (www.bomanfh.com) to care for their needs.

Bonnie was born June 24, 1947, in Centerville, Iowa to Russell and Dorothy Kesterson. Her parents later divorced and her mom married George Raskie, whom Bonnie referred to as dad.

She graduated from the Centerville High School in 1965, and then attended Indian Hills Community College in Ottumwa, Iowa. Bonnie married Gary Woodward in February of 1969. The couple lived in Southern Iowa and Missouri for several years before moving to Webster City in 1977. They divorced in 1985. Bonnie was employed at several different positions including, Wayne State College in the dietary department, Cherokee High School as Food Service Director, Manager of the Taco Time in Boone Iowa, and New Focus in Centerville. Bonnie was also an instructor at the Iowa School of Beauty in Ottumwa and La James College in Fort Dodge.

She enjoyed her cats, doing crafts of various kinds, and was a good cook. Most of all she was the happiest if she could do something for someone else.