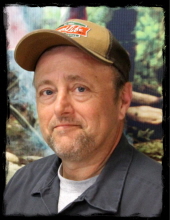 Chad was born on May 16, 1970, to Glen and Karen (Powell) Draeger in Webster City. He attended the Webster City Schools and graduated from the Webster City High School. Chad was president of VICA (Vocational Industrial, Clubs of America), He has worked for 31 years at Good Life RV (previously known as Kueens Trailer Ranch, and Webster City RV), and had been RVIA certified, for many years. He was a valued employee whom customers from all over the midwest placed their trust in and he kept his co-workers on their toes and entertained with his wit, knowledge, humor and jokester personality. Most recently Chad also owned and ran DJ’s Trophies.

He married Robin Lynn Dingman on April 11, 1992, at the First Baptist Church in Webster City, Iowa. In his spare time, Chad worked on and built race cars. He has been involved in demolition derbies throughout his life from working on cars to building them himself, finally promoting and inspecting them throughout Iowa, Missouri, and Illinois. He followed in his father’s footsteps taking on the number 32. Chad was a big fan of Dale Earnhardt, Sr, and Jr, and had a collection of memorabilia. He was also a fan of the Vikings. Chad had played cribbage daily with his uncle Bob before he passed away, and more recently with his friend Roger Lyons.