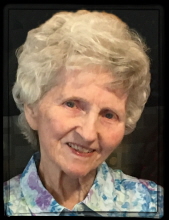 June was born on January 4, 1933, in La Junta, Colorado, to Rose and Jim Huffman. The youngest of six siblings, June was the baby of the family—with her next sibling 16 years her senior. Growing up in Colorado she developed a love for music (she practiced piano on a box with hand-drawn keys, before her parents gave her a piano), storytelling and people. She made many friends wherever she went and there was always lots of food, laughs, jokes, stories, and games. June always celebrated holidays and birthdays with gusto. We think her favorite holiday was April Fool’s Day, where pajamas and beds were often knotted and sewn together.

June was the first person to become a Christian in her family at the age of 14, and she was instrumental in many of her friends and family becoming Christians too. Throughout her life, she was a constant prayer warrior and influenced many people into God’s kingdom.

After graduating from La Junta County High School, Colorado, in 1951, June attended Moody Bible Institute, 1951-1954, where she met the love of her life on a PCW assignment that she did not want to be at. She then graduated nursing school two years later just before she got married.

June was married to Dwight Milton Schmidt on June 15, 1956, in La Junta, Colorado. June felt a call to be a missionary in high school. Shortly after being married, they were accepted as missionaries with Overseas Missionary Fellowship, where they served over 10 years, including Sungai Way, a church plant with the youth, and as house parents at Chefoo School. Returning to the states, the couple spent 6 months in Wheaton, Illinois, as the head of the Wheaton Hostel, a Hudson Taylor Foundation.

June has 36 grandchildren and 30 great-grandchildren. As a grandmother, she had a knack for making each child feel special, and when visiting, every child thought that she came to see them. She would play puzzles, read books, play games and tickle them in bed. She also had to have everything picked up and her kitchen cleaned just so every night. The last 20 years she had lived across the road from their daughter Debby in Iowa where they built a home.

In Liu of flowers, donations can be made for children’s ministry programs in Peru (checks to MHB Memorial Donation).
To send flowers to the family in memory of Cora June Schmidt, please visit our flower store.