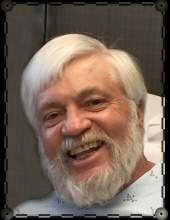 David Bernard Elm, 65, of Boone died on Friday, October 28 at the University of Iowa Hospital. The family will receive friends and relatives at the Trinity Lutheran Church on Tuesday, November 1 from 9:30 AM – 10:30 AM, followed by the funeral at 11:00 AM. The family has entrusted Boman Funeral Home (www.Bomanfh.com) to care for their needs.

David was born on August 16,1951 to Estel and Betty (Power) Elm in Webster City Iowa. He attended the Webster City schools graduating in 1970. He then attended Morning Side College in Sioux City. David married Valorie (Jo) Thornhill in 1975 at the Trinity Evangelical Lutheran Church in Webster City.

He worked as an agronomist for a variety of employers in Iowa and Nebraska. In 1992 he and Jo were able to take a trip to Germany for selling chemicals. David also was an EMT and had his private pilot’s license. He was a member of the Redeemer Lutheran Church in Hooper, NE, and the Lions Club.

David was old school, he liked rock and roll, especially AC/DC, enjoyed Mt Dew and Swisher Sweets. His hobbies included Hunting and Fishing. David always had a great looking yard. He will be remembered as a happy person, and if he wasn’t moving, he was sleeping.