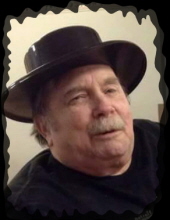 David E. Gutshall went home to the Lord on September 1, 2017 at 5:43 p.m. surrounded by his loving wife and children. David was born in Beloit, Wisconsin on April 7, 1946 to Katherine and Robert Gutshall. He lived most of his life in Rockford, IL but moved to Webster City IA in 2007.

Graduated from Rockford School of Practical Nursing in 1984 where he met the love of his life, Wendy Covert. David and Wendy were married October 20th, 1984 at the nursing home in which Wendy worked at the time in Rockford Il. David was employed by staffing agency at various hospitals and nursing facilities.

The family wishes to thank Southfield Wellness Community for their outstanding care. of David and his family.