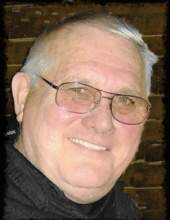 Dennis was born on January 30, 1943, in Los Angeles, California to Dallas and Louise (Bender) Jackson. He attended and graduated from Hampton High School and graduated in 1961. Dennis married Sharon Anderson on August 12, 1961, to this union two children, Jeffrey and Crystal were born. The marriage later ended in divorce. Dennis was a member of the Iowa National Guard from 1961 to 1966. He married LuAnn Moon, on December 21, 1989, and she brought three children into the marriage, who Dennis helped raise.

Dennis drove a delivery truck for Butternut Bread Company, and then worked for Batcheller Construction, while also working in the Webster City Police Reserves. He graduated from Iowa Law Enforcement Academy and worked for the Webster City Police Department for 2 ½ years before joining the Hamilton County Sheriffs Department in 1972, eventually becoming Chief Deputy Sheriff, until his retirement in 2004. He also worked at the Hamilton County Fair Grounds and enjoyed helping local farmers with fieldwork.

Dennis invested 30 years of his time helping with the Law Enforcement Torch Run for the Special Olympics. He enjoyed motorcycle riding with LuAnn on back, surrounded by family and friends. He also enjoyed camping and spent many hours watching grandchildren participate in sports.