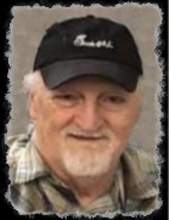 Donald “Dean” Anderson, 79 of Webster City, formerly of Sioux City, passed away on Thursday, October 24, 2019, at Trinity Regional Medical Center in Fort Dodge Iowa. Visitation will be at Boman Funeral Home (www.bomanfh.com) on Tuesday, October 29, from 1:00 – 200 PM, followed immediately by a Funeral Service at 2:00 PM. Everyone is invited to join together at “The Bridge” after the service to visit and share special memories of Dean.

Donald was born to Harmon and Marjorie (Van Hooser) Anderson on December 2, 1939, in Iowa City, Iowa. Following his education, he was united in Marriage to Donna Smith, To this union four children were born, Brad, Ricky, Donnie, and Julie. The couple later divorced.

After his divorce, Dean relocated to Sioux City, Iowa. He loved Sioux City. He always had great stories about his friends and the great stuff that was happening in Sioux City. While in Sioux City, he met Paula, the love of his life. The spent over 25 years together until she passed in 2017. As Dean and Paul’s health failed the lived at Casa De Paz and made many friends there that meant a lot to them.

Dean had a lot of hobbies, but some of his favorites were thrift shipping, spending time at the casino, and of course, listening to music. He loved taking his “Webster City Family” all around Sioux City. His love of his extended family is what brought him back to Webster City after so many years. In June, he moved from his long-time home of Sioux City to the other town he called home, Webster City. He was able to be reunited with his brother, sister and many extended family that he hadn’t been able to see for many years due to his health. Dean treasured his time with his family. He cherished his children and grandchildren.