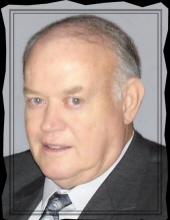 Don was born 29 March 1937 in Orthel Township, Hancock County, Iowa, the first son and the eighth of nine children, to Glen Levere and Myrtle Margarette (Moon) Rinehart. Don had seven older sisters and a younger brother.

Don spent his early life on the family farm, was taught in the rural schools by his older sisters and graduated from the Britt Schools. As a young man, he built grain bins for a summer and installed phone operator stations for Western Electric in Iowa.

He married Carrol Ann Ruby in 1959 in Sheldon, Iowa. To this union were born two sons and a daughter. Don took over his father’s farm, raised chickens for Hy-Line and very proudly bred Iowa State Champion Chester White hogs. He later worked for Britt Tech and Farmers Insurance.

He married Doris M. Horton on 16 September 1989 in Fort Dodge, Iowa. They made their long time home in Fort Dodge until his death.

Surviving him are his wife, Doris, his sisters, Eleanor (Elwyn) Stenzel of Burt, Iowa; Norma (David) Harrison of Vancouver, Washington; Mavis (Richard) Nedved of Webster City, Iowa; and Marilyn (Edwin) Welch of Clarinda, Iowa; his brother, Robert of Fort Lauderdale, Florida; and his three children from his first marriage: Bradley of Phoenix, Arizona, Barry of Payson, Arizona, and Tracy (Jody) Clow of West Linn, Oregon, his seven grandchildren, and many nieces and nephews.
To send flowers to the family in memory of Donald Glen Rinehart, please visit our flower store.