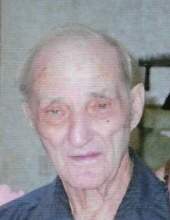 On December 17, 2021, Donald Richard Williams, SR., 93 of Webster City, Iowa, died peacefully at Southfield Wellness Community. A graveside service will be held at 1:00 PM on Monday, December 20, 2021, at Graceland Cemetery, in Webster City, Iowa. The family has chosen Boman Funeral Home (www.bomanfh.com) to care for their needs.

Donald was born on August 28, 1928, in Woolstock, Iowa to Archie and Thelma Williams. On June 1, 1950, he married Charmaine M. Sweazy. Together the couple had five children. Donald served in the Army Air Corps and then worked in construction.

He is survived by his children: Linda Krieger and her husband Monty of Kamrar, Janet Fister and her husband Russell of Webster City, Donald Williams, Jr and his wife Darlene, of Webster City; brother Bob Williams and his wife Audrey, of Nebraska; sister Doris Welling of Thousand Oaks, California; 12 grandchildren; and 26 great-grandchildren. He was preceded in death by his father and mother; wife Charmaine; daughter Connie; son Joseph; and sister Leona Gordon. He will be sorely missed by all of his family and friends.
To send flowers to the family in memory of Donald Richard Williams, Sr., please visit our flower store.