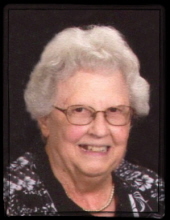 Doris Jane (Nicholson) Benshoof, 84, of Webster City, died on Thursday, October 26, 2017, at Crestview Nursing and Rehabilitation. The family will receive friends and relatives on Tuesday, October 31 from 4 – 6 PM at Boman Funeral Home in Webster City.

Doris was born to George and Grace Barkema, on December 22, 1932, in Jewel, Iowa, where she spent her growing up years. She married Duane Nicholson in June of 1951, the couple resided in Webster City, where Doris worked at Haney printing and Farmers National Bank. She later worked at First National Bank in Ankeny, Iowa.

In 1982 She married James Benshoof, they moved to Mesa, Arizona, and Doris worked at Citi Bank. She moved back to Webster City in 2005.

Doris Loved to do puzzles, was an avid card player, enjoyed sewing and shopping. She had a passion for ice cream. Doris was a member of Faith United Methodist Church.