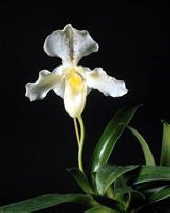 Her funeral will be Friday at 10:30 AM at Trinity Lutheran Church in Webster City.  Visitation will be one hour prior to the service.  Burial will be in Graceland Cemetery.  bomanfh.com

Doris Marie Lentz Pahl Neureiter was born on her family farm outside of Blairsburg, Iowa, on October 13, 1930, the daughter of Fred and Myrtle (Woods) Lentz.  She graduated from Blairsburg High School. After graduation she moved to Webster City where she worked at JcPenny’s. She then met Eggert Pahl and was united in marriage on October 6, 1950 at the Little Brown Church in Nashua, Iowa. Eggert and Doris resided south of town on the Pahl family farm. After raising two sons, Doris went back to work at Christenson Motors/Clement Auto where she worked until her retirement in 1991. Eggert passed away on December 11, 1975. Doris met Roland (Ron) Neureiter in 1988 and was married north of Stanhope at Country Relics Little Village in 1993. Ron passed away in August 2005. Doris was a strong woman who loved her farm, fishing, gardening, and traveling, but most of all she loved her grandchildren and great-grandchildern dearly.
Doris is survived by her two sons, Steve Pahl; John (Marcia) Pahl; grandchildren, Rachel Pahl; Emily Pahl (Ryan Hesley); Natalie Pahl; Adam Pahl; Josi Pahl; great-grandchildren, Kendzior Morton and Madelynn Hesley all of Webster City, IA; sister Valdean (Robert) Gustafson Fickett Sacramento, CA; and several nieces and nephews.
She was preceded in death by her parents, Fred and Myrtle Lentz, brothers Everett, Cecil, Marvin, Charles, two infant brothers Orville and Delbert, and sisters Aletha and Leora.
To send flowers to the family in memory of Doris (Pahl) Neureiter, please visit our flower store.