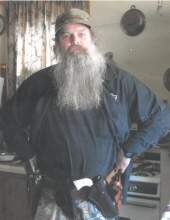 Douglas Paul Ritter was born on November 19, 1951, to Ronald and Bessie (Boone) Ritter, in Hampton, Iowa. After completing high school Doug worked at FG Jones Implement dealer in Woolstock, Iowa, 2nd Street Emporium for many years, and Briggs Woods Golf Course as Assistant Superintendent, and then at Hagie in Clarion as Quality Control, retiring in 2017, and recently he was a parts driver for NAPA.

Doug married Pam Riley on March 26, 1976, in Webster City, Iowa. He was lead vocal and keyboard, in a rock band called “ROXX” for several years in the 1980’s. He spent his free time hunting Iowa game, spending time at the family’s cabin, but most of all he enjoyed his time with his granddaughter Quinn.

To send flowers to the family in memory of Douglas Ritter, please visit our flower store.