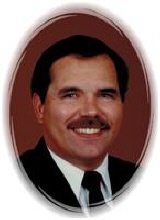 On Thursday, May 7, 2015, Dr. Renner Ventling of Sun City West, Arizona, formerly of Highland, IN, Webster City, IA and Eagle Grove, IA, made his transition to eternity and was received into the glorious company of Christ, our Savior, due to complications from an extremely rare auto immune illness.


He was a former member of and Sunday School teacher at Trinity Lutheran Church in Webster City, Iowa, where he was born and raised.  Most recently he attended Lord of Life Lutheran Church in Sun City West, Arizona.  He absolutely loved growing up in Webster City, and among his fondest boyhood memories was attending high school and participating on the championship football and track teams.


Dr. Ventling was a retired educator who served as a teacher, coach, principal, and superintendent in Iowa, Michigan, Arizona, and Indiana for 36 years.  Some of the highlights of his rewarding career was his tenure as a teacher and coach in Eagle Grove from 1971-1974; his tenure as principal of Casa Grande Union High School from 1987-1990; and his tenure in Highland as high school principal from 1990-1997, and as Superintendent of Schools from 2003-2006.  He earned a Bachelor’s Degree from the University of Iowa, a Master’s Degree from Northeast Missouri State University, and a Doctorate from the University of Missouri-Columbia.  Dr. Ventling was proud of his service to his county in the United State Army during the Vietnam conflict.


Dr. Ventling cherished life, savored his career as an “educarer,” traveled extensively, was an avid supporter of the University of Iowa Hawkeyes, enjoyed being a summer citizen of Logan, Utah, had numerous hobbies, activities, and interests, especially serving as a volunteer usher at spring training baseball games, and loved his family and the Lord more than life itself.  In lieu of flowers, memorials in Dr. Ventling’s name may be made to the Highland High School Chapter of Dollars for Scholars, Highland, IN 46322, of which he was a founding member of the Board of Directors, or the charity of one’s choice.
To send flowers to the family in memory of Dr. Renner E Ventling, please visit our flower store.