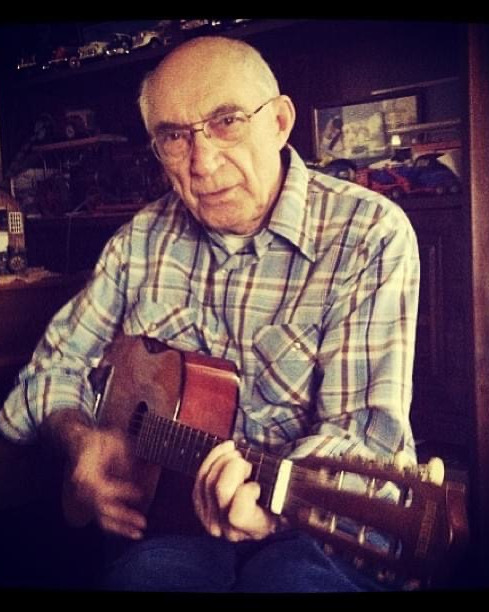 Eldon Kinnetz, 91, of Webster City, died on Thursday, December 1, 2022, at Iowa Specialty Hospital, in Clarion.  Private family services will be held at a later date.  Boman Funeral Home (www.bomanfh.com) is in charge of arrangements. Cards may be sent to the funeral home.

Eldon was born on January 31, 1931, to Rudolph and Lucy (Knox) Kinnetz, in Jewell, Iowa.  He married Lulu Fisher on March 30, 1950, in Webster City, Iowa.  He served in the Army during the Korean War, from January 1952 until December 1953.  Through the years he worked at Maudlin Construction as a heavy equipment operator, at Bush Hog as a supervisor, maintenance for Electrolux and his own auto repair shop.

Eldon enjoyed working with iron, bicycling, playing the guitar, family gatherings and traveling to Branson, Missouri to camp.  He will be remembered for saying “I don’t know” and “It’s just not fair”.  Eldon was a man of Christian faith and was baptized in the Boone River in 1950 at the age of 19.  His favorite scripture verse was Matthew 6:26-30.

To send flowers to the family in memory of Eldon Kinnetz, please visit our flower store.