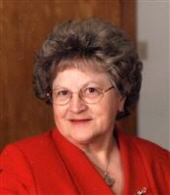 Preceding her in death are her husband; grandson Brandon Burnett; brothers: David, Jack, & Jerry; and sisters: Veronica Lunn, Joyce Ashton and Frances Menefee.  Memorials may be directed to St. Thomas Aquinas Catholic Church.
To send flowers to the family in memory of Elizabeth Moberly, please visit our flower store.