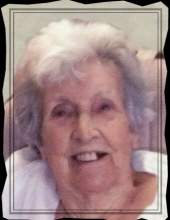 Esther Mary Knight passed away on Friday, January 27,2017 at the Crestview Nursing and Rehabilitation Center in Webster City. A memorial service will be held at a later date. The family has chosen Boman Funeral Home (www.bomanfh.com) to care for their needs.

Esther was born on May 10, 1921 to John and Rose (Keppers) Schumacher in Clarion, Iowa, where she spent her childhood. She moved to Webster city in her late teens, where she married Charles Knight.

She was preceded in death by her parents; Rose and John Schumacher, her husband; Charles Knight, her sister; Agnes and husband Harold Segar, and her brother; Charles Schumacher and wife Margaret.

Esther’s greatest passion was golf. She was a long-time member and past ladies club champion of Webster City Country Club. The highlight of her golfing days was her celebrated hole-in-one in the early sixties. She actively participated in many city and club tournaments, helping to promote women’s golf in the Webster City area. She also enjoyed a good card game and could be found at many a bridge or gin rummy table with friends.

Esther was a dedicated and faithful member of St. Thomas Aquinas Catholic Church and was active in the Rosary Society. She was employed in Webster City for many years by dentist, Dr. Robert Golly, loved working with the patients, and they loved her.

We will miss her.
To send flowers to the family in memory of Esther Mary Knight, please visit our flower store.