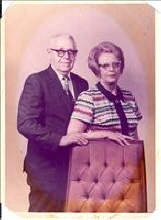 Frances Mary Ask, 96, of Webster City, IA, died Sunday at Southfield Wellness Community. Her funeral service will be held Friday 10:30 a.m. at the Boman Funeral Home in Webster City with Rev. David Doerr officiating. Burial will be in the Roland Cemetery at a later date. Friends may call before the service starting at 9:30 a.m.


Frances was born July 1, 1912 in Webster City to Robert & Pearl (McCloskey) Pringle. She graduated from Webster City High School in 1931. She married Roy Charlie William Ask on March 1, 1935 in Webster City, IA. The first year of marriage they farmed near Dows, IA. The next 47 years were spent in Webster City where she worked in the sieve factory during WWII. Frances was employed by Morton Frozen Foods until the Webster City plant closed. She was a member of the women’s club and the First Baptist Church. Frances enjoyed fishing, playing bridge, crocheting and especially spending time with her grandchildren.