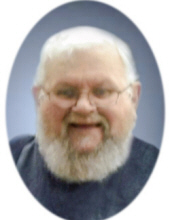 George Alfred Wirtjes of West Middlesex passed away unexpectedly at 7:36 a.m. Saturday, June 9, 2018, in Sharon Regional Medical Center, after a brief illness. He was 69.

Mr. Wirtjes was born April 15, 1949, in Webster City, Iowa, a son of George A. and Vivian (Wilson) Wirtjes. Due to his mother’s unexpected death when he was a year old, George was raised by his maternal grandparents, Archie “Bill” and Myrtle Faye Wilson. He was a 1968 graduate of Webster City High School and was employed as an over-the-road truck driver for 45 years, retiring in 2011.

Besides his mother, George was preceded in death by his father; grandparents, Bill and Myrtle Wilson and Jake and Blanch Wirtjes; an uncle, Clyde Wilson; an aunt, Shirley Schmidt; his father-in-law, Paul Clark, Sr.; and a grandson, Michael Wirtjes.

George was a personable man who liked to talk to everyone. He was unique in regards to finding humor in all of his conversations. He was a very talented woodworker and built beautiful tables, benches, and shelves. He also built small bird houses, so could watch baby birds grow up, and was a gifted sketcher. George enjoyed fishing, watching golf and football, gambling, playing keno and baking. He was a very generous man and took wonderful care of his mother-in-law during his retirement.

Visitation will be on Saturday, June 16, 2018, at Boman Funeral Home, from 10 a.m. until 11:15. Memorial service will be at 11:30 AM, at the funeral home, with Pastor Richard Laird will be officiating. A lunch will follow the service.
To send flowers to the family in memory of George Alfred Wirtjes, please visit our flower store.