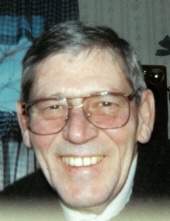 Harold Arthur Hinz, 83, of Webster City, died on Sunday, June 26, 2022, at the Paula Baber Hospice Home in Ft Dodge, Iowa. A private Funeral Service will be held at a later date. The family has chosen Boman Funeral Home (www.bomanfh.com) to care for their needs.

Harold was a big Green Bay Packers fan, liked to watch college football and play golf. He could often be heard singing songs that he made up. Harold enjoyed his family and the time he spent with them, especially his great grandchildren Owen, Scarlett, Vada, and Elliott.

To send flowers to the family in memory of Harold Arthur Hinz, please visit our flower store.