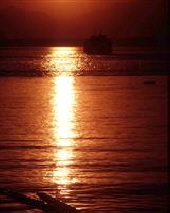 She was born January 2, 1922, in West Hartlepool, England.  She met Andrew Brinsko during World War II when she was serving in the British Corps and he was in the Army Air Force, stationed in England.  They married on January 8, 1945.

She is survived by a son and daughter-in-law, Michael J. and Diana Brinsko, three granchildren and one great-grandchild.
To send flowers to the family in memory of Isabelle L Brinsko, please visit our flower store.