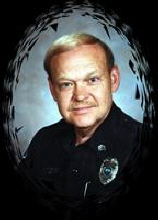 Jack Roe, 61, of Fort Dodge, formerly of Webster City, IA passed away Friday, June 6, in Fort Dodge. A funeral service will be Tuesday June 10 at 10 AM at Trinity Evangelical Lutheran Church in Webster City. Visitation with the family present will be Monday from 4 to 7 PM at the Boman Funeral Home 613 Ohio Street in Webster City.

On March 21, 1969 Jack married Janis Wierda in Webster City, the couple later divorced. In 1971 he graduated from the Iowa Law Enforcement Academy. He spent 30 years with the Webster City Police Department, retiring as a Sergeant in 2001.

During his years with the police department he helped design and build the Twin Parks Play Center sponsored by the Police. He also played an active role in the crime dog McGruff program.

Jack owned and operated R & R welding from 1990 until 1998. He enjoyed spending time with his grandchildren, bargain hunting, and working on Cory’s race car. He also had his private pilot’s license. Jack dearly loved Brandy, his springer spaniel.

Jack was very good at thinking up and building useful items, a skill he inherited from his father.

to view the memory video of Jack please follow this link http://photobucket.com/bomanfh
To send flowers to the family in memory of Jack Lee Roe, please visit our flower store.