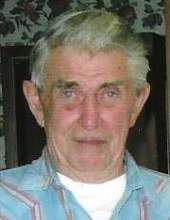 James Bromm, 87, passed away on Wednesday June 16, 2021, in Stratford, Iowa. A Private family graveside service was held at the Cass Center Cemetery, in Webster City, IA . The family has chosen Boman Funeral Home (www.bomanfh.com) to care for their needs.

He moved to Webster City in 1942 and graduated from Lincoln High School in 1952. Jim held various jobs until becoming an Indian Motorcycle dealer in 1956. He also owned and operated Dayton Dells Ski Area, beginning in 1971. Jim worked construction at Mauldin’s and Zitterell Mills before becoming self-employed working as a cement finisher locally and as far away as the Cayman Islands.