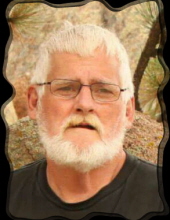 Gordon was born on October, 8 1953, in Iowa City to John and Juanita (Burnett) Gordon. He attended the Webster City High School. Gordon worked for Silverstines for several years, drove a truck for VanDiest Supply, and worked at Electrolux for 21 years.

He rode a Harley Davidson Road King and enjoyed Sturgis and trips to Daytona. Gordon also enjoyed landscaping, and spending time outside. What he loved most was spending time with his grandkids.