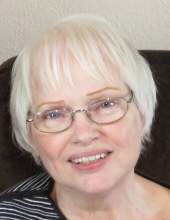 Janet Nelson, 75, of Webster City, died on Friday July 23, 2021, at the Southfield Wellness Community, in Webster City. Funeral Services will be held at a later date.

Janet was born on September 12, 1945 to Lloyd and Elva (Bolland) Engebretson in Huron South Dakota, one of 11 children. She attended and graduated from Huron High School in 1961. She was united in marriage to Chris Nelson, on December 3, 1977, in Vermillion, South Dakota.

During her lifetime, Janet moved around often and lived in many different states, including Iowa, Minnesota, South Dakota, Washington and Arizona. She loved the ocean and birds and was comforted in her later days by listening to recorded songs of birds.