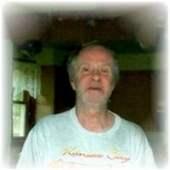 John Kirk Wallace, 60, of Webster City, died December 16, 2009 at his home.  A funeral service will be held Saturday December 19 at 10:30 AM at the Boman Funeral Home in Webster City with Pastor Mark Petrie officiating. Burial will be in the Saratoga Cemetery north of Stanhope.  A visitation will be held Friday from 5-7PM at the funeral home.

John was born August 1, 1949 in Fort Dodge, IA to Theodore & Helen (Westby) Wallace.  He graduated from high school Gilmore City, IA in 1967.  He and Shirley McFarland were married on February 9, 1970 in Des Moines, IA.  They lived in Webster City most of their married life.  He worked for Uncle B’s Bakery and the turkey plant both in Ellsworth, IA, the mink plant in Jewell and an auto body shop in Webster City.  From 1998 until his retirement this year, he worked at Electrolux Home Products.  John was a member of the UAW Local 442.  John was a fan of and collected Mark Martin, Kansas City Chiefs, and John Wayne memorabilia. No day was complete with out a bag of microwave popcorn and a can of Coke.