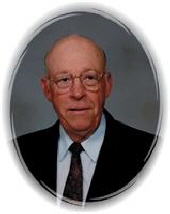 Kendall Kenneth Hassebrock, 75, of Jewell died Friday, May 18, 2012 at the Stratford Nursing and Rehab Center in Stratford, IA.
A visitation will be held at the Community Church of Kamrar on Monday, May 21, 2012 from 4 to 7 PM.  The memorial service will be Tuesday, May 22, 2012 at 10:30 AM at the church.  Burial will be in the church cemetery. Boman Funeral Home of Webster City is caring for the family.
Kendall was born June 13, 1936 in rural Jewell to Ervin Kenneth and Etta Ellen (Van Langen) Hassebrock.  He obtained his education from the Kamrar Public School, graduating with the class of 1954.  He served two years in the U.S. Army and was stationed in Germany. Annalea Malaise and Kendall were united in marriage on October 22, 1961.
Kendall served as a Deacon & an Elder at the Community Church of Kamrar where he was a member.  He had served as a board member for the Central Iowa Cooperative. He was a lifetime farmer in the Jewell & Kamrar area, retiring in 2010.
Kendall enjoyed all outdoor activities, farming, trapping, hunting, fishing and working with his cow/calf herd.  He was a Hawkeye and Cardinals fan.  He enjoyed his grandchildren’s sporting events and the coffee time visits he made to Jewell.
His family includes his wife of 50 years, Annalea, their children Annette (Jon) Maakestad of Radcliffe, IA, Brian (Sherrie) Hassebrock of Lone Tree, IA, Steve Hassebrock (Sarah Hilpipre) of Jewell; grandchildren Mark Maakestad of Radcliffe, Rachel (Nolan) Rollene of Dows, IA, Logan Hassebrock of Ames, IA, and Sarah’s daughter, Megan Hilpipre, of Jewell; step-grandchildren Justin and Erica; step-great grandchildren Ivy and Lexi; sister Vivian (John) Wurch of Webster City, brothers Lewis (Sharon) Hassebrock and Morris (Donna) Hassebrock all of Webster City and several nieces and nephews.
He was preceded in death by his parents Ervin and Etta.
To send flowers to the family in memory of Kendall Kenneth Hassebrock, please visit our flower store.