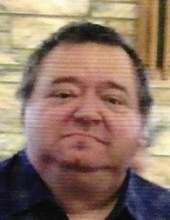 Kenneth was born on December 27, 1958, to Robert and Martha (Woodard) Osborne in Charlotte, North Carolina. He grew up and attended school in Charlotte, graduating from the Harding High School. He married Sherri Turner on May 15, 1981, in Webster City, Iowa. Over the years Ken has worked as a roofer, machinist, in food processing and stocked the delis and restaurants at the Douglas International Airport in Charlotte.

Ken enjoyed working on cars with his Uncle James, was an avid Bible reader, and spent time doing paint by numbers. He was a member at Faith United Methodist Church in Webster City, and enjoyed attending services.

His family includes: his wife Sherri; two children: Thomas (Sydney) Osborne and Jennifer (Anthony) Cuddon; four grandchildren: Kristen, Bryce, Christal, and Anthony; three sisters; and two brothers. He was preceded in death by his parents.
To send flowers to the family in memory of Kenneth Allen Osborne, please visit our flower store.