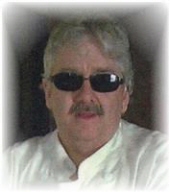 Lee Irvin Cornish “General Lee”, 59 of Webster City, died Sunday May 31, 2015.  Boman Funeral Home (www.bomanfh.com) is in charge of arrangements.  There will be a gathering of family and friends from 4-7 pm Friday, June 5 at Trinity Lutheran Church in Webster City.    Lee was born on June 28, 1955 to Irvin and Carol (Anderman) Cornish, Jr. in Iowa City, Iowa.  He attended the Fayette High School.


Lee married Norma Wheeler on April 29, 1978, the couple was married for 29 years. He went to NE Iowa Technical Institute for Building Materials Management.  He Later Attended Des Moines Area Community College, in Ankeny where he earned an Associate’s Degree in of Culinary Arts.   Lee was employed at various positions including:  Cornblossom in West Union until 1983, where he was a meat cutter and Union Stuard;  Spahn & Rose in New London, Olds and Webster City, Iowa as an Assistant Manager; APAC in Webster City as a telemarketer/supervisor; Kenco starting as a fork lift driver and moving to dispatch until it closed in 2010;  the Webster City HyVee deli as the head Chef and worked on air at KQWC; and most recently at Mary Greely in Ames.


Lee was a member of the Trinity Lutheran Church, in Webster City since 1990.  He was also a member of the Sons of the American Legion. He enjoyed playing guitar and many years ago was a member of the Corn Cob Band. Lee also enjoyed a variety of activities including: photography, assembling car models, playing harmonica, and piano, watching drag racing and open wheeled modified, fly fishing, golfing, and riding his motorcycle.


Service information will be posted later.
To send flowers to the family in memory of Lee Irvin Cornish, please visit our flower store.