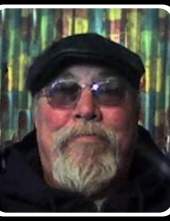 Logan was born on February 19, 1957, in Iowa Falls, Iowa to Leland and Beverly Mae (Cox) Harrison. After his graduation from Webster City High School, Logan worked as a door to door salesman for magazines. He then went on to operate heavy equipment for highway construction, and later at a sawmill in Fort Dodge. Logan then worked at Custom Meats, where he met Tamie, whom he married on February 22, 1997. In 2004 Logan and Tamie started the LT Redemption Center in Webster City.

Logan was a member of the League of Women Voters, where he served as Vice-President. He spent time at the Hamilton County Speedway as a driver for stockcar and B modified. Logan and Tamie were great supporters of the Speedway, attending and participating in the annual fundraiser.

Logan’s family includes Tamie, his wife of 22 years; two daughters: Nicole Brix and her daughter Trinity of Arvada, CO and Tuesday Harrison and her children Paige, Dustin, and Peyton of Arvada, CO; two step-children: Jamie McClain and her children Faith and Darius, and Mike Newell and his children Trinity, Corbyn, Kylee, Kayla, Mason and Konnor, all of Webster City; two great-grandchildren: Hxvynn and Ainjel; five sisters: Gerri, Kristie, Vicki, Stephanie, and Patti Mae. He was preceded in death by his parents and Uncle Terry.
To send flowers to the family in memory of Logan Harrison, please visit our flower store.