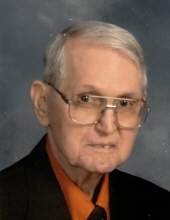 Marlin Coghlan, 87, of Webster City, died on Monday, February 21, 2022, at Van Diest Medical Center, in Webster City. Visitation will be on Friday, February 25, 2022, at Trinity Lutheran Church from 9:30 – 10:30 AM, followed by the funeral service at 11:00 AM, With Pastor Kelli Glasgo officiating. Burial will be at Graceland Cemetery, with lunch following at the church. The family has chosen Boman Funeral Home (www.bomanfh.com) to care for their needs.

Marlin was born on March 1, 1934, in Paris, Texas, the son of C.J. & Viola (Martin) Coghlan. In 1945, Marlin and his family moved to Kingsburg, California for a better life. At the age of 16 Marlin joined the California National Guard for 8 years, because he served on the weekends, his friends and classmates called him “The Weekend Warrior”. Marlin graduated in 1953 from Kingsburg High School “The Vikings”. In 1957, Marlin moved to Renwick, Iowa because his sister Pearl, and her family lived there. In 1959 Marlin married Laura Seiser. They later divorced, to this union he gained two stepsons Dean & Keith Seiser, of Texas. In 1962 Marlin started with the Webster City Fire Department, and worked there for 16 years, retiring as Lieutenant in 1978.

Marlin married Clarice Goehring at Trinity Lutheran Church on September 23, 1978. Marlin and Clarice enjoyed traveling on bus trips, and traveling with their motor home., They belonged to a camping group, where Marlin served one year as President of the group. For 21 years, Marlin and Clarice had a annual vacation with the Goehring family to the black hills.

A special thank you to Van Diest Medical Center, Dr Sahai, Dr. Ehn and Staff for excellent and compassionate care to Marlin.

To send flowers to the family in memory of Marlin Coghlan, please visit our flower store.