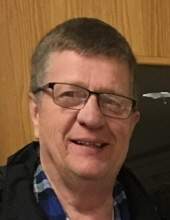 Marlin Pruismann, age 65, of Blairsburg, passed away on Monday, March 14th, 2022, at Mary Greeley Medical Center in Ames, Iowa. Visitation will be from 11:00-2:00 on Saturday, March 19th at the Northeast Hamilton Gym in Blairsburg. Services will begin at 2:00 with Pastor Kelly Glasgo officiating. A private family burial will take place after the service at Blairsburg Cemetery in Blairsburg. The family has chosen Boman Funeral Home (www.bomanfh.com), Webster City, to handle the arrangements.

Marlin was born in Webster City on December 9, 1956 to Harold and Donna (Erickson) Pruismann. He attended Northeast Hamilton and graduated as part of the class of 1975. At a softball game in 1976, Marlin met his future wife, Kathy and they were married on August 11, 1978.

For a brief time after he graduated from high school, Marlin worked in the family business of construction. While no one will deny his skills and interest in this area, he was drawn to a career of helping others and joined (what was) Aid Association for Lutherans, and is now Thrivent, in June of 1980 at the urging of his friend Bob Walker, who thought he would be a perfect fit for that career. Boy was he right! Helping others through his career was not the only calling Marlin had. Marlin served his community in numerous ways by serving as a city council member, as the mayor of Blairsburg, as a member of the Northeast Hamilton school board and the Webster City Community School board. In addition to these things, Marlin offered his ability with numbers by overseeing the accounts for the Northeast Hamilton School Foundation, the Opera House Preservation Committee, and served as the bookkeeper for his bowling league in Webster City. Marlin was also the recipient of the PowerUP youth award in Hamilton County. Just this past summer, he was part of the planning committee for when RAGBRAI passed through Blairsburg.

Marlin was one of a kind in the community but also through his work with Thrivent. He was a member of the company’s Hall of Fame, and their Hall of Fame Legends. Through his work, the family was able to travel and spend lots of quality time together. He was a mentor, friend, and colleague to all who entered the field.

Never one to just do the minimum, Marlin was a bus driver while he was still in high school and drove for the teams he played on. After a lengthy break, he went back to driving a bus when his kids were playing sports in high school. His greatest memory was treating both the boys’ and girls’ Northeast Hamilton basketball teams to snacks at Casey’s when they both beat Alden, in Alden. He was a volunteer baseball coach, and of course kept statistics for those teams as well. Even if he hadn’t, Coach knew that he would double check them anyway.

Marlin is survived by his wife of 43 years, Kathy; children: Ashley (Chad) Davis and their children Olivia, Nyle and Tryce Davis; Andrea (Eric) Dodd; and Alex Pruismann and his children Lovie, Elsie, Paeslie, Sunnie, Hal, and Tuf Pruismann; sister Helen (Joe) Melichar of Cedar Falls; and brother Danny (Debby) Pruismann of Blairsburg; and several nieces and nephews. He was preceded in death by his father Harold in 1977, his mother Donna, in 2021, his mother-in-law Beverly Fraser in 2021, and father-in-law Donald Fraser in 2006. Any donations given will be dispersed at the discretion of the family.

Any donations given will be dispersed at the discretion of the family.

To send flowers to the family in memory of Marlin Pruismann, please visit our flower store.