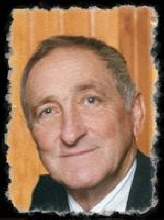 Marvin Wayne Draeger, 87, of Webster City, died Tuesday, October 13, 2015 in Ames.  His service will be held Friday October 16, at 11:00 AM at Trinity Evangelical Lutheran Church in Webster City with Rev. Dr. Michael Kroona officiating.  A visitation will be Thursday 4 – 6 at Boman Funeral Home.

He was born November 28, 1927 in Webster City to Albert & Pearl (Welch) Draeger.  He graduated from Webster City High School and joined the US Navy shortly thereafter.  He served on the USS Virginia.

Marvin & Anita were married on December 18, 1950 in Humboldt, IA.  He worked as a salesman for many years.  The Hamilton County Fair Board hired him to be the board secretary for several years.  About 60 years ago he realized his dream to be a crop and cattle farmer. In 2003 they moved to the farm where Marvin continued farming.

He was a member of the American Legion Post 191.  Marv enjoyed ballroom dancing, but the thing he lived for was farming.

He is preceded in death by his parents, grandson Mark, and 2 brothers Melvin & Raymond.  Memorials can be given to donor’s choice.
To send flowers to the family in memory of Marvin Wayne Draeger, please visit our flower store.