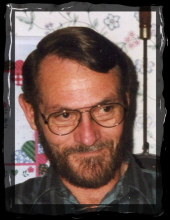 Michael Gene Foster, 71, of Webster City died on November 5, 2017, at the Unity Point Hospice in Fort Dodge. A Memorial Service will be on Saturday, November 18, at the Faith United Methodist Church in Webster City. The family has chosen Boman Funeral Home (www.Bomanfh.com) to care for their needs.

Michael was born on October 30, 1946, in Custer, South Dakota, to George and Lola (Holbach) Foster, one of nine children. He attended school and graduated in Sundance, Wyoming. In his early years, he enjoyed hunting in Wyoming and South Dakota. Michael entered the Navy and received a medical discharge.

He worked at Seneca Foundry; did some road construction work; and was the owner/operator of his own semi-truck, and then he worked at Electrolux for 20 years, retiring at 55 due to his health. Michael was the kind of person who could do anything he set his mind to, and did it excellently.