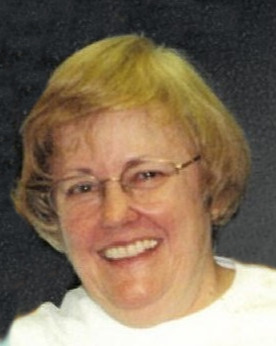 Nan Bucknam, 79, of Webster City, died on Sunday, December 4, 2022, at the VanDiest Medical Center, in Webster City.  Funeral Service will be held at 1:30 PM, Saturday, December 10, 2022, at Trinity Lutheran Church in Webster City.  There will be a lunch at the Good Shepherd Episcopalian Church, following the graveside service.  The family has chosen Boman Funeral Home (www.bomanfh.com) to care for their needs.

Nan was born on February 20, 1943, to Howard and Sara (Henderson) Rudolph, in Atlantic, Iowa.  After graduating from Atlantic High School in 1961, she attended William and Mary College for two years and then went to Grinnell College, graduating in 1965.  She went on to receive her master’s degree from Antioch College.  She was united in marriage to Larry Bucknam on June 1, 1968.

Nan came to Webster City in 1967 where she taught high school Social Studies until she retired in 2004.  She was a finalist for the Iowa teacher of the year in 1988.

Nan was a member of the Episcopal Church of The Good Shepherd, where she taught Sunday School.  She was also part of the P.E.O, Y.S.S., League of Women Voters, Kendal Young Library Board, St Margaret’s Guild, and played Flute in the Community Band.  Nan enjoyed reading, playing tennis, swimming, cross-stitch, playing card games, walking, and spending time at the cabin.

Memorials will be directed to Good Shepherd Episcopal Church.

To send flowers to the family in memory of Nan Bucknam, please visit our flower store.