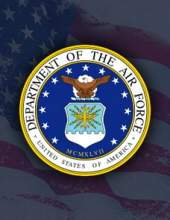 Neal Church Anderson, 80, of Webster City, died on Tuesday, June 1, 2021 at the VanDiest Medical Center, in Webster City, Iowa. No services will be held at this time. The family has chosen Boman Funeral Home (www.bomanfh.com) to care for their needs.

After his military retirement, Neal moved to Webster City. In 1984, he was employed by White Consolidated until his retirement in 2003.

As an outdoor enthusiast, Neal enjoyed nature and wildlife photography and was an avid golfer. He was very involved with many aspects of the golfing community and enjoyed sharing his love of the game with younger generations.

He is survived by his brother, Joel Anderson of Ishpeming, MI; his sister Gay (Don) Riemersa of Chesterfied, MO; and 2 nieces.
To send flowers to the family in memory of Neal Church Anderson, please visit our flower store.