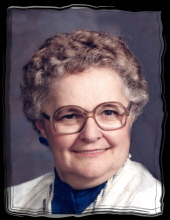 Opal Irene Hensley 88, of Webster City, died on January 3, at her home, with her five children and numerous grandkids by her side. The family will receive friends and relatives on Sunday, January 7, from 2:00 – 4:00 PM at Boman Funeral Home (www.bomanfh.com). Funeral Service will 1:30 PM, Monday, January 8, at Faith United Methodist Church in Webster City.

Opal was born on March 19, 1929, to Oscar and Anna (Loughry) Graham. She married Robert Hensley on February 22, 1948, in Washington Center, MO. The couple resided in Bethany until July of 1948, when they moved to Webster City, Iowa.

The most important thing for Opal was her faith, family and friends, she attended as many of her grandchildren’s school activities as possible. She was a part of many different organizations including the American Legion Auxiliary, where she served as president for eight years, The Women’s Club, She was a Girl Scout & Cub Scout Troop Leader, a member of the Hospital Auxiliary and worked in the gift shop for many years. She was also a member of the Graceland Cemetery Board and a member of Faith United Methodist Church where she was a part of the Women’s Society, a Sunday School Teacher, and preparing and serving funeral lunches. Opal was a trend setter and started a fitness class at Fuller Hall in the 1960’s. She enjoyed playing cards (especially 500), sports of various kinds, following the Lynx, Twins, and Giants. Opal and Bob cared for people and were known to take in many that needed help. She made sure that no one left their home hungry.

She was preceded in death by her parents; husband; son Douglas; and a grandson-in-law Robert T. Coleman; great-grandson Wyatt Douglas; and 11 siblings.
To send flowers to the family in memory of Opal Irene Hensley, please visit our flower store.