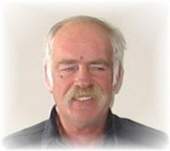 Philip Ray Scott, 61, of Somers, IA, died Tuesday, May 14, 2013 in Humboldt, IA.  His visitation will be held Friday from 5-8 at Boman Funeral Home in Webster City.  A funeral service will be held Saturday 2 PM at the funeral home.  Burial will be in the Williams Cemetery in Williams.
Phil was born to Raymond & Patricia (Riley) Scott on January 16, 1952 in Webster City, IA.  He graduated from Northeast Hamilton High School in 1970. He entered the Army National Guard.

Phil & Cathy Johnston were married on March 16, 1974. They later divorced. He worked for many years as a long haul truck driver. He was currently employed by Hog Slats in Humboldt.  Phil was an active member of the “Hitch’n to Go Driv'n Club'.  He enjoyed driving horses and spending time with family & friends.