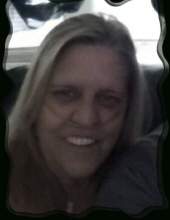 Rebecca was born on July 17, 1959, in Webster City to Arnold and Julie (Nelson) Balsley. She grew up in Webster City, attending the Webster City High School. She married Dave Koester, the couple later divorced. Rebecca married Allen Dixon in September of 1987. She was in employed at Frigidaire as security, and worked as a shipping dispatcher at Kenco for 14 years. Rebecca also delivered for Pizza Hut. She was a member of the Trinity Lutheran Church.

Rebecca enjoyed coloring posters, playing Yahtzee, watching the TV show “Cops”. Two of her favorite things were playing Bingo with her mother, and going to the Hamilton County Speedway to watch her husband and son race. She also had a special place in her heart for her miniature wiener dogs, Hercules and Lola.