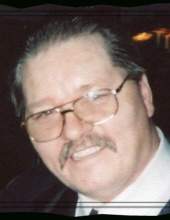 Bob was born on May 03, 1955 in Omaha, NE to Robert Mauseth and Inez Mauseth Gaugh. Bob was employed as an LPN.

He married Nancy Raines on March 20, 1998, in Webster City, Iowa. Bob served in the US Navy. He was a past commander and life member of the Disabled American Veterans and was a member of the American Legion and Vietnam Veterans of America. Bob was a very loving person and passionate about sharing the Lord with people.

Bob enjoyed spending time with his family and friends, NASCAR, and traveling. The family requests memorials to the Puppy Jake Foundation, which trains service dogs for wounded warriors.