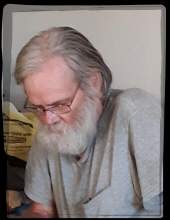 Robert “Bob” Eugene Mcfarland, 72 of Webster City died on Tuesday, July 30, 2019, at Mercy One West Hospital in Des Moines. A graveside service will be held at 2:00 PM, on Saturday, August 17, 2019, at Saratoga Cemetery, Stanhope, Iowa. The family has chosen Boman Funeral Home (www.bomanfh.com) to care for their needs.

Bob was born on November 30, 1946, in Burt, Iowa to Gerald and Alta (Irons) McFarland. While growing up his dad was a hired hand, so the family moved often, and he attended various schools while growing up.

Bob was a bit of a loaner. He enjoyed watching TV, playing cards, camping, time with his extended family and family gatherings.