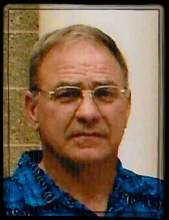 Robert Burney, 67 of Webster City, Iowa lost his battle on April 6, 2018, after suffering a heart attack on March 19, in Wichita, Kansas while on a trip down to San Antonio with his wife, brother, and sister-in-law. The family will receive friends and relatives on Wednesday, April 11, from 6:00-8:00 PM at Boman Funeral Home, www.bomanfh.com (601 Ohio Street, Webster City). Funeral Service will be 11:00 AM on Thursday, April 12 at Blairsburg Missionary Alliance Church (501 3rd Street, Blairsburg, Iowa).

Robert was born in Waxahachie, Texas on August 16, 1950. His family later moved to Iowa where he attended school in Pella, graduating in 1969.

He enlisted in the army and after three years was honorably discharged. He returned to Pella where he met and married the love of his life, Cheryl Menninga on October 14, 1972. They were blessed with three wonderful children and nine beautiful grandchildren.

Robert worked at Pella construction and later moved his family to Lincoln Nebraska where he worked for Pella Windows.

In 1981 he joined the Air National Guard and became full time at the 132nd Fighter Wing in Des Moines, IA until retiring in 2004.

After moving to Otho he worked for Anderson Implement as a mechanic and parts manager. He retired from there in 2015 but he continued to help during planting and harvest. He enjoyed being around people and could not sit still.

His grandchildren gave him great joy! He was always available to them and beamed with pride at each of their accomplishments, whether big or small. He lived for his children and grandchildren.

After retirement, he enjoyed “road trips”, traveling with his wife, brother, and sister-in-law.

Those left to cherish his memory are: Cheryl, his wife of 45 years; son Chris (Teri) of Belle Isle, FL, and children Megan of Webster City, and Brandon, of Belle Isle, FL; daughter Jamie (Don) Johnson and their children Dirk, Blake and Natalie of Blairsburg, IA; son Jason (Britne) and their children Gage & MacKenzie Burney and Jayde and Carson Bertran, of Webster City, IA; brother Fallon (Debi) Burney of Pella, IA; and sister Adrienne (Bill) North of Bunkerhill, WV. He also leaves behind three dear friends who he thought the world of: Doug Meyer, of Webster City, IA, Rich Hay of Knoxville, IA and Todd Anderson of Lehigh, IA. He was Preceded in death by his parents and step-father.
To send flowers to the family in memory of Robert Burney, please visit our flower store.