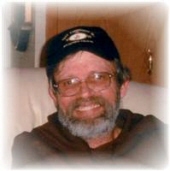 Rodney L. Jaycox, 57, of Webster City, died at Van Diest Medical Center on Thursday June 2, 2011.  A funeral service will be Tuesday @ 10:30 AM at First Congregational UCC Church in Webster City with Rev. Craig Blaufuss officiating. Visitation will be Monday June 6, 2011 at Boman Funeral Home from 5 – 7 PM.

Rod was born to Roger & Dona (Severson) Jaycox on July 21, 1953 in Webster City, Iowa.  He graduated from Webster City High School in 1971.  In April of 1974 he and Sue Lynn Gescheidler were married at the First Congregational UCC Church in Webster City.  He started working for his dad before he could even drive, and over the years became a skilled finish carpenter.  At the retirement of his father, Rod and his brother Lynn became co-owners of Jaycox Construction Inc.

Rod was a member of the American Legion and the First Congregational UCC Church in Webster City.  When he wasn't working, he enjoyed watching racing with his friends. He was an avid fan of NASCAR and NHRA drag racing. His collection of Dale Earnhart Sr and John Force memorabilia adorn the walls in the Man Cave he created in his garage.  His favorite activity though was spoiling his 3 granddaughters.  The girls never had enough BIG toys!

Memorials may be dedicated to the Boys and Girls Club of Ames and the Hamilton County Relay for Life.
To send flowers to the family in memory of Rodney Jaycox, please visit our flower store.