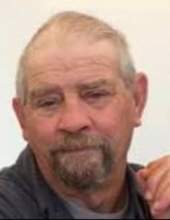 Ronald Earl Zills,72, of Webster City, died on Friday, December 13, 2019, at the Van Diest Medical Center, in Webster City. Per Ron’s wishes, no services will be held. A campfire will be held in his honor at a later date. The family has chosen Boman Funeral Home (www.bomanfh.com) to care for their needs.

Ron was born on January 31, 1947 in Madera, California, son of Clyde and Blanche (Fulmer) Zills. Ron grew up in Ridgecrest, California and graduated from Burroughs High School in 1965. He attended Bakersfield Junior College on a football scholarship before transferring to Sacramento State College where he continued on a sports scholarship while majoring in history.

Following college Ron worked several construction jobs before moving to Oregon where he and his wife Carol lived and worked on cattle ranches, living the life of "real cowboys" as Ron liked to say. After 10 years, they returned to California where Ron worked in the poultry industry. They moved to Iowa in 1987 where Ron continued working as a poultry specialist until his retirement in 2009.

Ron was an avid reader and was never without at least two books being read at all times. He loved sports and played golf whenever he had the opportunity. Ron enjoyed fishing and taking his canoe down miles of Iowa rivers. He took great pride in his home and spent many hours working outside on their acreage, helping with the horses, playing with the dogs, and hosting campfires for family and friends.

Ron is survived by his wife Carol with whom he shared 47 years of marriage; sons Levi
Zills and wife Natalie of Albert Lea, MN and Nathan Zills and wife Maisie Youngdale of
West St. Paul, MN; granddaughters Taliyah Carr of Ft. Dodge, IA and Theda Zills of Pella, IA; sister Nita Bates of Ridgecrest, CA; nephew and niece Josh Bates and Jenny Bates of California; in-laws Arthur Murray of Webster City and Diana and Johnny Hicks of Arkansas; nephew and niece Brad Hicks and Jill Truong of Arkansas and many extended family members. Ron was preceded in death by his parents, his mother- and father-in-law, and a nephew, Brian Hicks.

Ron was a loving husband and father and a devoted friend who helped others whenever he could. Always an individualist, he loved to debate and to tell stories. Ron would carry on a conversation with anyone he met. He will be missed dearly by his family and his many friends and acquaintances.
To send flowers to the family in memory of Ronald Earl Zills, please visit our flower store.