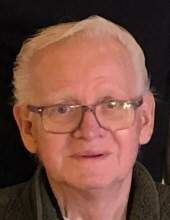 Ron was born on June 24, 1946, in Webster City, IA to Howard and Mabel (Waddell) Roosa. He was united in marriage to Linda Lemon on June 20, 1965, in Webster City. He established a career as a maintenance mechanic, working for Electrolux for 42 years, where he often played cribbage with the guys on his breaks.

He had a hobby for Hot Wheels, which led to a collection of over 10,000. When he wasn’t collecting Hot Wheels, tinkering in his garage, or listening to “45’s” on the record players he liked to watch professional wrestling and was often gyrating himself around to “help the wrestlers out”. Ron spent many hours remodeling and updating their family home. One of the things he enjoyed the most was spending time with his family camping, especially in Branson.

To send flowers to the family in memory of Ronald Roosa, please visit our flower store.