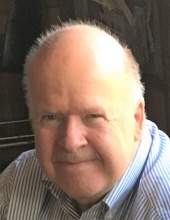 Terry Bottorff, 74, of Webster City, died on Saturday, August 6, 2022, at the Paula J. Baber Hospice Home in Ft. Dodge. Visitation will be at Asbury United Methodist Church, Webster City, on Wednesday, August 10, from 12:00 – 1:00 PM followed by the funeral service at 1:30 PM. The family has chosen Boman Funeral Home (www.bomanfh.com) to care for their needs

Terry was born on July 19, 1948, in Hampton, IA to Orin George & Gratia Leone (Benson) Bottorff. He lived in the Dows area before moving with his family to near Duncombe and Webster City. He graduated from Webster City High School in 1967, and then attended Iowa Central Community College and graduated in 1970 with an Associated Arts degree in Elevator and Farm Supply Management.

Terry was united in marriage to Marilyn Louise Lamb on August 3, 1975, in the Homer United Methodist Church. He worked at the United Coop for 41 years, as a feed and grain handler. He enjoyed stamp collecting, working with walnuts, his sheep, and attending family reunions and gatherings when possible. Terry was a member of the Asbury United Methodist Church in Webster City.

His family includes: his wife Marilyn; two brothers: Roger of Webster City, and Gary (Carol) of Lansing; sister-in-law Pam of Waterloo; brother-in-law Don (Maureen) Lamb of Duncombe; several nieces and nephews. He was preceded in death by his parents; sister Jacqueline; brother Bruce; and sister-in-law Bernadine. Memorials may be directed to Asbury United Methodist Church or the Paula J. Baber Hospice Home.

To send flowers to the family in memory of Terry Bottorff, please visit our flower store.