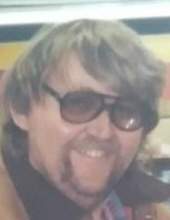 Terry Lee Worthen, 69, of Webster City, died on Sunday, September 19, 2021, at the University of Iowa Hospital, in Iowa City. Visitation will be at the Webster City Church of Christ on Saturday, October 9, from 2:30 – 3:45 PM followed by a memorial service at 4:00 PM. The family has chosen Boman Funeral Home (www.bomanfh.com) to care for their needs.

Terry was born on October 30, 1951, in Iowa Falls, Iowa to James and Margaret (Hornung) Worthen, Sr. He graduated from the Webster City High School in 1970. Terry was united in marriage to Cynthia Gordon, on November 6, 1971, in Webster City, Iowa. He was employed by the Webster City Street Department, retiring in 2005. In 2008 he started working for Dart Transport.

Terry attended the Webster City Church of Christ. He liked motorcycle riding, pull tabs, watching NASCAR, Hamilton County Speedway, helping Mike with Demo Derby, and his dog, Tucker. Most of all he enjoyed spending time with his grandkids and watching them in sporting events.

To send flowers to the family in memory of Terry Lee Worthen, please visit our flower store.